Union Cabinet decides to give voting rights to NRIs 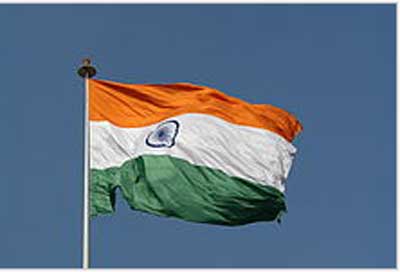 New Delhi: In a landmark decision meant to give non-resident Indians (NRIs) "a sense of belonging", the Indian government on Wednesday decided to grant them voting rights by amending the country’s electoral law.

At a meeting here presided over by Prime Minister Manmohan Singh, the Cabinet approved the tabling of the Representation of the People (Amendment) Bill, 2006 in Parliament’s Budget Session beginning Thursday.

The amendment will amplify the definition of an Indian "ordinarily resident" in the country in the Representation of the People Act.

This will enable "NRIs who have absented from their place of their ordinary residence in India owing to their employment, education or otherwise to get themselves enrolled in the electoral rolls and exercise their voting rights," said a statement issued after the cabinet meeting.

"The amendment will entitle eligible citizens of India to cast their votes in parliamentary and assembly elections when they are in their constituencies and thus fully participate in the democratic process of nation building and uphold their pride and prestige as citizens of India," the statement said.

"This will give the NRIs a sense of belonging," it said.

Manmohan Singh had referred to the issue during last month’s Pravasi Bharatiya Divas at Hyderabad, the annual conclave that links the country with its 25 million diaspora. He proposed several measures to address some of the "urgent concerns" of overseas Indian workers and professionals.

He said the demand for voting rights for certain categories of NRIs had a "convincing political basis".

Manmohan Singh said besides granting voting rights, the government proposed to improve the efficiency of financial and consular services for NRIs.

India denies visa to US…

Cases of Israeli and Palestinian…

Welfare of Overseas Indians and…