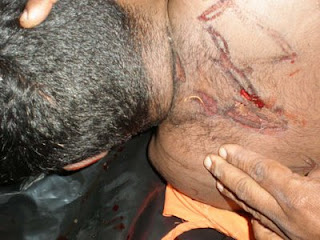 CHENNAI: Rights outfits have identified the ‘pervasive regime of impunity’ as the single most important factor for widespread use of torture by the police in India. The men in khaki are rarely punished for their transgressions, which run into a huge catalogue of torture, beatings and extra-judicial killings. The absence of an effective redress mechanism for its citizens is glaring, thanks to New Delhi’s reluctance to ratify the UN Convention against Torture, which it signed in 1997. Ratification of the international human rights instrument would ensure that suitable measures are in place to prevent the use of the third degree by the police to extract confession in custody, they say.

While Maharashtra holds the dubious distinction for the maximum number of custodial deaths in India, Tamil Nadu does not lag far behind. Quoting media reports, rights outfits like People’s Watch say there were close to 40 custodial deaths in the State during 2006 to 2009. Most of the victims were between 20 and 40 years of age and arrested for their involvement in theft cases or sale of illicit arrack.

“Custodial death victims usually hail from backward sections of society – many of them are Dalits – with little or no means to seek legal help,” said a rights activist. “False cases are filed against communities like ‘kal ottar,’ who belong to kuttra parambarai,” he added.

The interrogation methods used by the police are crude and obsolete. Sources say there are 51 interrogation cells in the State. These are different from the regular police stations and are usually located in the outskirts of the city or town. The police personnel here are ‘experts’ in torture and employ different methods to force confessions.

While some succumb to the pain, others carry the scars throughout their life. For those who want to lead a reformed life after their release from prison, it is frustrating to find the police at their doorstep every time a crime is committed in the vicinity. The former convicts and their nearest relatives, most often their wives, are taken to the police stations, where they are abused and beaten. Many choose to end their lives unable to bear the torture.

Narrating a spin-chilling incident that took place in Theni district, an activist said a woman who was released after serving sentence for selling ganja, was forced by the police to take up the trade again. When she refused, she was burnt by four police personnel inside her house. In her dying declaration, she named the four men, who were placed under suspension. “All these measures are an eye-wash. There is need for systematic changes to check police abuse and make them more accountable,” the activists say.

NCHRO pleads for the release…

My book is a form…

Kobad Ghandy was not resposible…