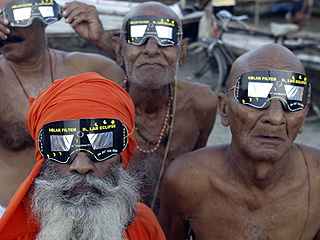 Business tycoon Anil Ambani is rumoured to consult an astrologer before any major decision. Bharti Airtel chairman Sunil Bharti Mittal has a fixation on the Number 23. And liquor baron Vijay Mallaya doesn’t ever forget a trip to Tirupati with his new jets. Forget competitive rivalry, these billionaire business magnates have at least one side common to them – a superstitious streak. And that’s something that they share with a large majority of Indians as well. And it’s not just business tycoons, Bollywood’s fixation with ‘K’ is only well known – with soap queen Ekta Kapoor and mush director Karan Johar endorsing it. India’s iconic superstar Amitabh Bachchan allegedly made his daughter-in-law Aishwarya Rai perform a host of rituals because she was a manglik, a term used to denote the Mars influence. And Railway Minister Mamata Banerjee preferred retaining her old residence near Ram Manohar Lohia Hospital as against a bungalow on Akbar Road. Mamata did not wish to stay there as senior Congress leader and former Union minister Mani Shankar Aiyar had lost in the 2009 Lok Sabha polls while living in that bungalow!

So what do the planets foretell? In a country that takes superstition seriously, it is not uncommon to find that such ‘beliefs’ are leveraged as a big business opportunity.

Take a look at the astrology market itself. By broad estimates, it is estimated at around Rs 200-300 cr for services such as financial astrology, general astrology, matchmaking and remedial astrology. And if you combine elements such as vaastu, rudraksh, feng shui, and mantras, then it amounts to a whopping Rs 800 cr. These figures are themselves indicative of the steady demand that the market attracts.

And no one knows this better than celebrity numerologist Sanjay B Jumaani who boasts of an illustrious clientele. “They want advice on numerous occasions like before launching a product or brand, name consultations, colours for clothes, cars, shares they want to buy or name of the company which helps them change their outlook. Almost about 90% of cricketers follow lucky numbers,” he says with a great degree of confidence.

If Jumaani has a long list of celebrities as clients, financial astrologer Col Ajay Jain has a loyal set of HNIs and banks who consult him. “At least 40-45% of my business comes from HNIs and NRIs. Whenever the market faces higher volatility and fluctuation, the client consultation goes up by 30-40%.” Jain says that HNIs don’t mind paying anywhere between Rs 50,000-Rs 11 lakh for consultation! “If a client is paying me Rs 50,000 but earning back Rs 2 lakh based on my advice, then would he mind it?” asks Jain assertively.

Needless to say professionals such as Jumaani and Jain have kickstarted a business which is finding many takers. And sectors such as real estate, automobiles, stocks, travel and tourism and jewellery are having making hay out of the ‘superstition’ business. In jewellery, for instance, sales of gold every year go up by at least 15-20% during Akshaya Tritiya, a day considered auspicious for the Hindus.

Similar is the case during dhanteras which is considered as another auspicious day. So buying is at an all-time high, especially in jewellery and automobiles. Says Dilip Chenoy, director general of Society of Indian Automobile Manufacturers (SIAM), “People book in advance for Dhanteras…there are mega sales on this day. On occasions such as Navratras, Diwali and the marriage season, auto sales go up by 15-20%. On the flip side, people don’t buy during shradh – an inauspicious period – which can affect up to 50% of the average daily sales. People also don’t like to buy metal on Saturday, so car sales are usually low on Saturdays.” Reports suggest that during Dhanteras last year, the auto industry saw thrice the number of cars being sold than the usual — nearly 15,000 vehicles in one day! “It’s a maha belief world,” says a candid Kishore Biyani, chief executive officer, Pantaloon Retail India. Biyani admits that they see a 20-30% additional sale during auspicious occasions. Model and compere Meher Bhasin confesses that in the modelling world too, designers pick dates cautiously. “Dates vary depending on someone’s birth date and year, time etc. I myself am superstitious about black cats crossing my path!”

But supersitition does amount to business losses too. For the travel and tourism sector, it is the shradh period that results in low occupancy and they see a drop in business. Kashmira Commissariat, COO outbound division of luxury travel operator Kuoni India, says that there are some people who prefer not to travel or book during the shradh period. “According to the Hindu calendar, it is auspicious to travel after shradh as that period is considered fortunate for all activities.” Agrees Anjali Chatterjee, general manager, marketing and communication for The Lalit, “We do not get too many bookings during this period. It’s a lean time for us.”

Interestingly The Lalit does not have a floor 13 in their hotel property in Delhi. So is superstition the reason? “There is the 12th floor which is followed by 14. We do not have a 13th floor. We believe in being sensitive to our international clients who are more comfortable this way,” admits Chatterjee.

But the unlucky 13 belief is not just limited to the international market. Even real estate developers such as Jaypee Greens do not have a house numbered 13. They settle for a 12 A instead. “Yes, we don’t have a 13. We also categorise our database based on what people are looking for….be it in terms of beliefs or otherwise. We see a good demand for numbers 5, 7 and 9,” says Rita Dixit, director, Jaypee Greens.

For developers, the latter part of the year between October and December means good sales as it marks the onset of the festive fervour. It is also a time when they can make up for losses during the shradh period where the industry last year suffered losses to the tune of Rs 500 cr-Rs 700 cr. Ask DLF and they agree, albeit reticently. “The sale goes down slightly during shradh. But when we had launched Magnolias during the shradh period, it had done well,” says Rajeev Talwar, group executive director, DLF. Incidentally DLF does not like to number the 13th floor in its new projects. Pradeep Jain, chairman, Parsvnath Developers is busy planning new projects for the Navratra and Diwali season. “During auspicious occasions such as these, a 30% increase in sales is anticipated. But people are mostly not willing to buy during shradh. So normally we don’t launch any project during that time,” says Jain who admits that he himself is a little superstitious about the number 13.

But numbers are just one aspect that brands try to capitalise on. Brand specialist Harish Bijoor says that if consumers are irrational, marketers have to be that way too. “They have to be in touch with the consumer ideology and irrationality at times. In the organised sector, superstition plays an important part in the props used in advertising such as supersitious symbols. People thus tend to emote through these symbols. But visual superstition in advertising is mainly a covert process. So symbols such as lime and chillies, sindoor, coconut breaking etc are shown subtly.”

Bijoor’s views on the ‘irrational’ consumer behaviour seems to have takers. For instance, the solar eclipse on July 22 this year saw hundreds of people in India, queing up at temples to offer prayers because they feared bad luck associated with the eclipse. Food and beverages could neither be bought nor consumed during the eclipse. The eclipse – which is seen as unlucky among sections of people in India – did also have an im
pact on the stock and commodity markets, which turned nervous.

And how can we forget nuptial ceremonies and the huge wedding market – when talking superstition? Rahu, Ketu and the pundit have to be in synch here. So be it in terms of wedding ceremony dates, colours to be worn or even the time of the pheras, the pundit’s word is final. “The dates from Nov 15 – Dec 15 this year are auspicious according to pundits. So our hands our full for this period. Superstitions and rituals have become an intrinsic part of our everyday life. 90% of the people consult them for an appropriate wedding ceremony time,” says Vandana Mohan, a wedding planner and owner of The Wedding Design Company.

So doesn’t this translate into big business for wedding planners? “It’s a bit of both, I would say. There is at least a 30% loss of business as if we could have done more weddings if we had more dates. Rather than everyone asking us to organise a wedding on one particular auspicious day, it would have helped if we had more options,” complains Mohan.
Well, you win some and you lose some. Perhaps Mamata Banerjee would agree whole-heartedly.

With inputs from Abhimanyu Chakravorty