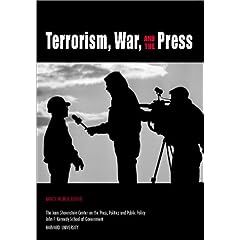 It is not just the ‘loony’ ‘vernacular’ media, as many are given to believe, but even the ‘respectable’, ‘mainstream’, ‘national’ English-language press in India that have sedulously cultivated the notion of ‘Islamic terrorism,’ so much so that the image of Muslims in general being either terrorists or their sympathizers enjoys wide currency today. While it is true that some of the most dastardly terror attacks that India has witnessed in recent years have been the handiwork of some Muslims—and this is something that the vast majority of the Indian Muslims themselves deplore—it is also undeniable that Muslims have been unfairly blamed for many other attacks or alleged ‘terror plots’ by the police as well as the media in which they have had no role to play at all. Many Muslims—and others, too—believe that these false allegations are not innocent errors, but can be said to represent a deliberate and concerted effort to defame and demonise an entire community and the religion with which it is associated.

That, precisely, is what a recently-released report, brought out by a team of secular, leftist non-Muslim activists from Karnataka argues. Titled ‘Media on Terror’, and issued by the activist group ‘Column 9’ [so named, the report says, because in a standard newspaper of eight columns, issues and perspectives that deserve a column of their own generally go missing), it is a detailed examination of the coverage and projection of ‘terrorism’ in the state of Karnataka. It is based on an analysis of the reporting of ‘terrorism’ in the Bangalore editions of leading Kannada and English newspapers over several months in 2008, supplemented with in-depth interviews with journalists, stringers and police officials in Honnali, Davangere, Hubli, Kalghatgi and Bangalore—places where, the media had reported, ‘terrorists’—all of them incidentally Muslims—had been apprehended. This was a period when the media was awash with stories of Muslim ‘terrorists’ allegedly plotting to ‘take over’ the whole of Karnataka.

A striking finding of the report is that the media in Karnataka, both Kannada and English, ‘dangerously seemed to pronounce judgments on those arrested, much before the due process of law was played out’. In fact, the report says, there was ‘no material basis to most of the news reports’. The tone of their reporting was sharply ‘jingoistic’, and ‘none of the standards’ expected of professional journalism ‘seemed to be in evidence’. Alleged terrorists—in many cases innocent Muslim youths arbitrarily picked up by the police—were subjected to ‘media trials’ based simply on unsubstantiated police claims. The report speaks of ‘the blurring of lines between police officials and investigative journalists, who seemed to pre-empt “official” investigation.’ The language and rhetoric used in the reporting reflected, the report says, an obvious and deep-rooted bias against Muslims, and a deliberate effort to create a sense of siege among Hindus.

Scores of sensational stories of Muslims being picked up for being ‘suspected’ terrorists published in the Karnataka media were based on information allegedly received from what were routinely called ‘highly placed police officials’ or ‘intelligence bureau officials’. Predictably, the report says, the names of these police or investigating officials were not provided, which meant that these stories—many of which were patently fabricated—could not be substantiated by these officials. In numerous instances, the reports were based on ‘news’ wholly manufactured by reporters and stringers, as evidenced from the denials that emerged from the police officials themselves a day after these reports were published, which many papers chose to ignore. In almost all such cases, the newspapers did not bother to issue an apology despite irrefutable confirmation of their falsity. In most instances where the stories about alleged Muslim terrorists were based on information supplied by the police, journalists simply asked no questions at all as to the process of investigation that took place within the police stations despite it being common knowledge that torture is widely used by the police in such cases to extract information or else to force detainees to admit to crimes that they have had no hand in. Consequently, the arrested Muslims were uncritically presented in the media as ‘hardcore Islamist terrorists’, even without the courts having made their judgments. By presenting no version other than that of the police, the report remarks, the ‘investigative’ aspect of journalism in Karnataka on the matter of alleged Muslim involvement in ‘terrorism’ has in fact been reduced to what it calls ‘stenographic reporting’. The report adds that the few journalists who tried to balance the stories with the other views about reported incidents about Muslim ‘terrorism’ or foiled ‘terrorist plots’ rarely found space in the newspapers.