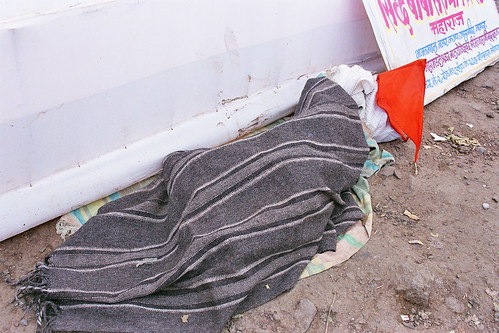 Yesterday was Vijaya Dashami, the Day of Victory that completes the nine-day Hindu Navaratri celebration of the Goddess in all her aspects and manifestations. In mythology, Vijaya Dashami marks the final triumph of the Goddess, after nine days of battle, over the demon Mahishasur. It also marks the start of the harvest season, and invokes the Divine Mother as all the powers of fertility and the life-giving gifts of the earth.

I stand firmly, fiercely, and unequivocally against the global rise of Hindu fundamentalism. In 2002, in the wake of the Gujurat massacres, I wrote Today I Dismantled My Gods (which appears in my poetry collection Shilling Love) and performed it across the US to raise awareness and funds for the survivors.

Today I Dismantled my Gods

Written in 2002, following the massacre of over 2000 Muslims in my ancestral state of Gujurat, by a state-condoned, carefully orchestrated pogrom led by the right-wing Hindu nationalist movement, Hindutva. For more on the Gujurat Massacre and Hindu Nationalism, see www.cac.ektaonline.org

I sat at my altar to pray this morning.
I began as always begin, with A-UM
and it flashed on my retina, bleeding – OM
gashed into the forehead
of a dead Gujurati Muslim – OM
slashed into the pregnant belly
of a Muslim woman – OM!
Scorched into the wet white bones
of children torched on bonfires – OM!!

Sound of creation
seared to evil, hum of the universe
twisted to genocide
and my tongue choked in my throat
and my throat refused to chant
Au – Au –

So I tried to sing
because Ali Akbar Khan has said
music transcends all barriers; I sang

And in the clouds of smoke
affluent families drove up
in Mitsubishi Lancers
to soak their arms in the torrents
of looting, cellphones spat out
names locations properties,
bloody tickmarks tramped
down spreadsheets, trishuls gleamed
three hideous prongs into the night

Trishuls impaled babies, ripped
fetuses from wombs, tore apart
vaginas. I saw the demonic graffiti:
Andar ka baat hai
Police hamara saat hai
I heard screaming
just like the Bollywood movies
bachau bachau
and if this were a Bollywood movie
Sharukh Khan would swoop down
in a helicopter, tanks and elephants
would storm the bloodcrazed mobs
heroes would arrive.

But the heroes
have turned off their cellphones,
barricaded their homes, the heroes
are on extended tours outside Gujurat
have given orders
No protection to be offered
the heroes
have renounced the gods

Today I dismantled my gods.

I am no longer Hindu
until the word means dharma
not terror, no longer
will I make deevas
to light the rapes of my sisters
no longer pray in temples
built from coffers of fascists
or seek peace in ashrams
locked to terrified victims.
I will worship at no altar
where slaughter feeds the puja
I will claim no murti
hoisted over murder.

Today I dismantled my gods
because they told me to. They said
Go! Meet us
in every human face,
walk our living essence
against mass hysteria: Kali, maha-Kali
who slices the heads off demons
of hatred and ignorance;
Lakshmi, Maha-lakshmi
who pours lotus-compassion
from every orifice
Saraswati who shreds
veils of delusion, dissolves
the choking saffron fog
of politicians’ lies.

The gods are calling us
to shatter their images and
BE them – in the streets
the schools and senates; BE them,
love and justice, truth and courage, on platforms
and airwaves, in boardrooms
and parliaments!

They are calling us
to touch them
in every human heart
that repudiates violence,
cherishes Life
and all her children,
calling us
to bow to the word
that resounds in us all, the wind
that sings in us all

I have put away my gods
until I can face them
without shame
for all our blindness, for the horror
beyond naming wrought
in their names, until I can say
to their eyes:

love and justice, truth and courage

Since that time, conversations with progressive South Asian friends and colleagues have convinced me to reclaim my Hindu spiritual and cultural heritage as a feminist scholar, radical activist, and artist. Navaratri has been a potent and transforming festival for me since childhood. It’s a time when I reconnect with my own Goddess-hood, and celebrate all the manifestations of the Goddess in my life.

So this year, I was able to re-enter the space I wrote about in an earlier poem, “Ode To Durga”, which evokes the Goddess as “Great Mother of the Universe, whose limits are unreachable, present in all beings”:

I’m glad I can worship with all my senses,
with petals and flame, bells and incense smoke,
succulent offerings of halwa and khir,
glad this ritual rides a spectrum,
austere silence to ecstatic noise.

More than ever, all of us on the planet need to reconnect to the Sacred Feminine. To move in the world with the radiant consciousness born of that connection; as a collective, unstoppable momentum for reparation, restoration, justice, and equality.

I’m glad I can touch my gods
with intimate reverent fingers,
tangible forms to absorb my fears,
demons, longings,
to draw from me
what’s brave and joyous,
in showers of rice and water,
libations of milk and ghee.

Whenever I doubt my own abilities or capacities, I turn to all the amazing women I know. Writers, scholars, warriors, leaders, builders, activists, healers, dancers, teachers, dreamers, changemakers. I draw on their potency and courage to recharge my own.

Goddess present in all beings
who sang me into the light of dawn,
you who are a million faces,
which one shall I be today?
You whisper in my ear like a lover:
Do the thing you dread the most.

May we all continue to honor this fragile, luminous, wounded world as the Body of the Goddess.

Goddess present in all beings
in the form of desire,
you whisper in my ear like a lover:
Seek the word
s of creation.

Name the final, deepest hunger:
That of the self we dare not name
to be without limitation –
inhabit all that moves and speaks,
runs, flies. breathes,
leaf and stone, sky and bone,
fruition, destruction –
a greed no smaller
than infinity.

Durga flaming on your tiger,
Goddess present in all beings,
truth from illusion,
asato ma sat gamaya
light from darkness,
tamaso ma jyotir gamaya
ride triumphant through our monsters,
enter us as if we burned.

Shailja Patel is a Kenyan poet of Indian Origin.

Politics Sans Ethics Is A…

The State Versus Naxals: Who…

A tribute to Prof Iqbal…

Tearing down the wall of…

Crisis of ideological constructs or…