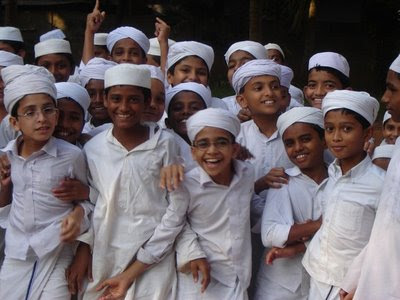 Patna: “Madrassas have nothing to do with terrorism,” a religious group says in a report that also negates the allegations that Muslim seminaries in India are breeding ground for terror. The report by All India Coordination Committee for Madrassas (AICCM) said “a concerted campaign… to malign madrassas” had led to the deterioration of educational standards in Muslim seminaries.

“A concerted campaign was going across the country to malign madrassas’ image by branding them as breeding ground of terrorism. There is no truth in it,” said AICCM general secretary Maulana Shaukat Ali Bastavi.

Bastavi said an AICCM team prepared a report on madrassas after visiting different seminaries all over the country. “None of the madrassas across India has been a centre of terrorism,” the report concluded.

There are over 4,000 madrassas in Bihar, including the seminaries where the staff gets the salary from the state government. There are 2,459 unaided madrassas. According to the first-ever status paper brought out by the AICCM, there are only 32 madrassas for girls under the government-aided category and 576 madrassas in the unaided category.

Some madrassas in Bihar have begun modernising their education system by introducing computers and science subjects. They even encourage students to join the National Cadet Corps (NCC) training.

The silence of Muzaffarnagar